Reddick is a published author, who has written four books: Road Kill Art and Other Oddities, Lead Me Home, Drifting too far from the Shore, and his newest Reading the Coffee Grounds and Other Stories. In addition, he has written over three hundred hundred short stories, essays, and works of flash fiction and has been included in seventeen collections.

In January of 2021, Reddick will teach a flash fiction workshop for the Pat Conroy Literary Center in South Carolina via Zoom.  In additional to being a finalist in the London International Story Prize competition in 2020, he was nominated for a Pushcart, and was nominated for two Best Microfiction awards.

Read the article “In the Shadows: Singing Backup”, see the photos, and watch the interview now out in Y’all Magazine.  Also, recently, Niles was selected as the Writer in Residence at Union University and judged their fiction writing competition. 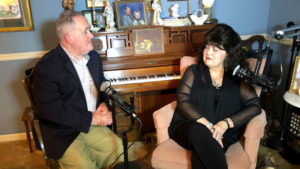 Reading the Coffee Grounds and Other Stories was released in Fall, 2018. 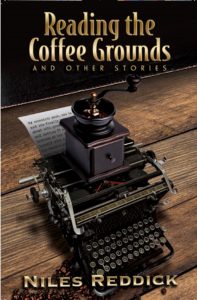 Reddick’s essay “Capturing the Essence of Difference” was included in the University of Mississippi anthology Southern Writers on Writing and Reddick appeared in Memphis at Novel Books, will appear this summer in Nashville at Parnassus Books, and at the Southern Festival of Books this fall, where he will discuss his essay in Southern Writers on Writing. In addition, he will appear at the Short Story America Festival in Beaufort SC and in January at the Pulpwood Festival in Nacogdoches TX 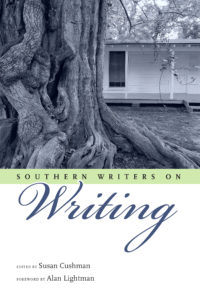 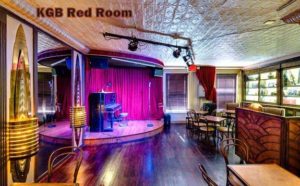 Reading the Coffee Grounds and Other Stories was nominated for the Story Prize and Foreword Award.

Drifting too far from the Shore was nominated for the Pulitzer Prize, a PEN-Faulkner award, and a ForeWord award in fiction. Recently, Road Kill Art and Other Oddities, was republished by Aakenbaaken and Kent and won “Honorable Mention” in the New England Book Festival.

New stories have been recently accepted: “The Reading” appearedd in Pif Magazine.  “Sanctuary” appeared in Schuylkill Valley Journal in Pennsylvania and  “Damascus Road” and “Making Ends Meet” will appear Tuck Magazine in Canada. Also, “Increments of Time” will appear in  Cheap Pop Lit in  Michigan, “The Sitter” in Fourth and Sycamore in South Carolina, “Little Man” as a podcast for Manawaker Studio in Ohio, and “Neighbor’s Jewelry” and “The Logic of High” in Wordsmith Literary in Algeria. “The Brand” appeared recently in NOTLA Digital in Denver, CO; “Car Wash” in Storyland in Europe; “Closer Walk” in The Binweed Magazine in Belfast, Northern Ireland, and  “The Cleaners” in Flash: The International Short-Short Story Magazine at The University of Chester in England.

Niles appeared in the Storytelling festival at the AMP in Jackson, spoke to the West TN Genealogical Society, and spoke to the Writers Group in Decherd, TN.

“Visiting” was accepted by Drunk Monkeys in Hollywood, CA; “Maxine” was accepted by Former People: Bangs, Whimpers, Arts, Culture and Commentary; and “Oldies Concert” and “Merger” were accepted by The Basil O’Flaherty Literary Magazine in Peoria, IL.

“Rear View Mirror” accepted by Red Dashboard for a new anthology Dis-or-der. In addition, three pieces–“It will get Worse”, “Losing my Religion”, and “A Miracle” are accepted as podcasts in SoFloPoJo (South Florida Poetry Journal).

Niles’ interview with Southern writer Lee Smith has been requested for publication in The Sourland Mountain Review. Previously, the interview appeared in his dissertation Eccentricity as Narrative Technique and in Southern Voices in Every Direction by Iris Press.

“Capturing the Essence of Difference” is an article recently written for inclusion in an upcoming Univ. of Mississippi anthology of essays about writing by Southern Writers that is expected to be published in late 2017 or early 2018.

In addition to Niles’ story “The Ministry” being accepted for the podcast No Extra Words in Washington, “The Ministry” has also been accepted by In-Flight Literary Magazine. His story “Sex Offender” was included in Ham Literature in London, and “Birthday Present” appeared in The Ofi Press in Mexico.

Stories—“Wet Nurse”, “A Porsche for Me”, and “Whistler”—have been accepted for publication in Koru Magazine in Perth, Australia.

In February, Niles will be in Middle Tennessee to speak to the Tennessee Collegiate Honors Association. Also, he will be in Beaufort, South Carolina at the Short Story America Festival, where he will present, be a part of a panel on the process of writing, and sign books. His story “Road Kill Art”, which was the lead story in the first collection and originally published in the The Arkansas Review: A Journal of Delta Studies has been included in the next Short Story America anthology.

Niles will visit the library system in Popular Bluff, Missouri as their guest speaker, and in April, Niles will be at the Southern Kentucky Book Festival in Bowling Green, KY.

New reviews by Niles of James Cherry’s Edge of the Wind and Janice Daugharty’s Gator Jack were published in Mid West Book Review.

Drifting too far from the Shore is being featured on Lady Banks bookshelf: Authors Around the South

A book launch will be held at The University of Memphis, Lambuth, on August 30 1016 at 6:00pm. Another book launch will be held in Southern Georgia at Frogtown Winery in Hahira on Sept. 6th. Another book signing will be held at Book and Table in Valdosta. Niles will also be speaking at Lowndes High School.  He will also speak and sign books in Ocala FL the first week of Sept. In November, he will appear at Jackson State and Motlow State and have signings in Lynchburg and Smyrna and will visit high schools in Rutherford County TN.

Congratulations to Loren Palmer in Winter Haven FL who was the winner of 915 entries to win a free copy of Drifting too far from the Shore through the Goodreads give-away.

“The Tooth” has been accepted for publication in the Dec. 2016 issue of The Story Shack in Munich, Germany.

Two new stories—“Get-together” and “Celia” were published in the Dime Show Review in California. They will appear online, in print, and in audio form.

Recent stories –“The Last Word” and “Angler’s Prayer”– were accepted for publication in the spring in The Miscreant.

Other recent stories published by Niles Reddick include “Bus 53” and “Little Man” in  Sonder Literary Magazine, The University of Manchester in England;  “History” at Cicatrix Publishing in New York;  “Hokey Pokey” in Firefly Magazine in Virginia;  “The Voice” in The Blotter Literary Magazine in North Carolina; “Jigsaw Puzzle Pieces” in Wilderness House Literary Review in Massachusetts; and “Thunder Boy” in The Lampeter at The University of Wales, Trinity, St. David.